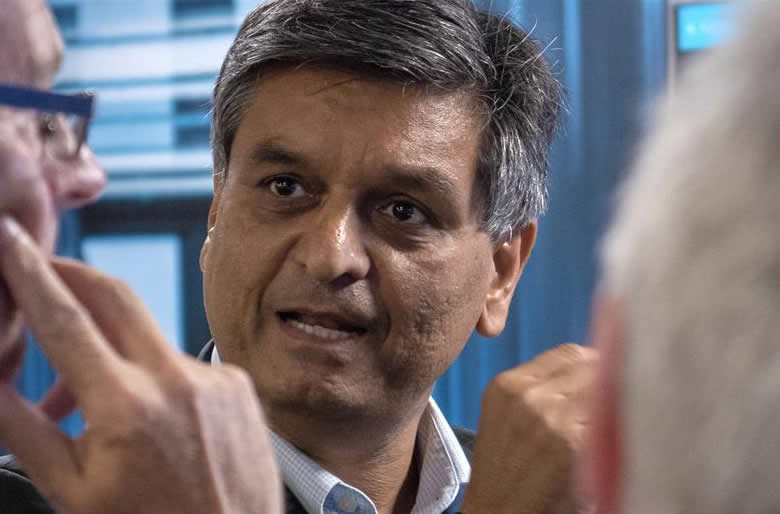 We sat down with Ben Azvine, our Head of Security Research, to talk about what developing technology in the Applied Research team involves.

Can you tell us about your role?

I'm the Head of Security Research at BT. I work in Applied Research, within Technology. My role is to focus on the future requirements of BT around security, and we do this in three timescales: zero to two years, two to five years and five years plus. The role is really about thinking ahead, keeping us one step ahead of the bad guys and preparing BT for the growing challenges in cybersecurity.

I've been in this role for the last ten years and I've done various other roles within BT for the last 25 years. It's honestly been a pleasure doing security the last ten years and I often describe my job as the best job in the world. It's almost like doing detective work: I have to figure out what the hackers are planning and how they are going to attack us, or what new technology is going to help us stop them. I enjoy it because I'm naturally a problem solver and this role allows me to do that. It presents a lot of challenges on a daily basis that I can apply my knowledge to.

What are some of the greatest challenges?

The greatest challenge we face is understanding the various ways hackers can attack us. This is becoming more challenging because the bad guys are getting very organised. We're no longer dealing with a 15-year-old sitting in their bedroom on their laptop; now we're dealing with organised groups, organisations who communicate on the dark web and sometimes nation states. So, the challenge is identifying and understanding their strengths and how they plan to use it against us.

Another major challenge we face is keeping up with the pace of technology. Technology is constantly changing our lives, from AI to quantum computing to social media. All of these things are transforming at a pace that is unprecedented and we need to continuously keep up with this, adopt these new technologies and do it safely.

What have you learnt from the challenges you've faced?

I learned we need to keep moving forward and innovating in the security space, because the bad guys are innovating all the time. For example, ransomware - this is malware that hackers use to lock away your documents and then request ransom to unlock it for you. This is essentially encryption technology which was invented to protect us but then the bad guys turned it into a business model allowing them to extract money from unsuspecting victims. What this tells us is that the other side are evolving fast, and in order to stay ahead of them we need to evolve even faster.

You mentioned that you've been in BT for around 25 years. What has been your greatest achievement during this time?

I remember saying to my children once that my greatest achievement will come when I can point to something in our lives and tell them 'I helped create that'. So, I would say my greatest achievement is seeing a number of our patents and inventions actually changing people's lives. For example, a few years ago, we had a project called Saturn which was about visually seeing threats on a computer screen and allowing people to interact with them. We took this project from a concept ten years ago, all the way to a reality that we were able to use ourselves during the Olympics. We then took it even further and made it part of our portfolio so we could offer it to customers to help them protect themselves as well. In total the journey took about six or seven years and is definitely one of my greatest achievements. However, we are using what we learnt from that project and building on it. Once this development is complete, that will become my greatest achievement.