Bournemouth is a thriving town on the beautiful south coast of England less than 2 hours by train from London.

It’s a great place for those of you who love the beach life with seven miles of award winning beaches. The bay itself is nestled beneath some magnificent cliffs and enjoys its own micro-climate with some of the warmest sea temperatures in the UK and some wonderful views of the Isle of Wight.

For those of you who like to explore, you’re just a stone’s throw from Dorset’s UNESCO World Heritage Jurassic Coast. 95 miles of coastline and 185 million years of history, you’ve got a daily adventure on your doorstep. Then there’s the New Forest National Park, an array of water sports on tap and a Premier League football club available for those who want to partake, or spectate.

Bournemouth comes alive at night. You can sip cocktails at sunset and dance in to the early hours at the many bars and clubs in the heart of the town. Whether you’re evening is a fun night out with your pals, or a romantic date, there is something for everyone, and The Triangle has a buzzing gay scene.

With over 500 restaurants in the town, you won’t go hungry in Bournemouth. Fresh seafood, local produce, traditional Dorset cream teas… no matter what you fancy, you’ll find it in Bournemouth. Top notch restaurants, trendy cocktail bars, gastro pubs and the more familiar chains around the resort, and with a seaview not far away - it all adds up to a fantastic night out.

There’s also theatre and dance at the Art Deco Pavilion Theatre, comedy and live music nights at many of the pubs and clubs, the Bournemouth International Centre (BIC) for larger gigs with word famous acts and for fans of the screen, Bournemouth is home to the UK’s first 6D cinema.

More about our other locations 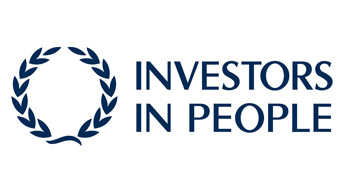