In 2017, music fans attending the Glastonbury Festival used a whopping 54 terabytes of data via EE’s powerful 4G network - more than double the amount of the previous year’s event.

To cope with this unprecedented level of demand, EE, Glastonbury Festival’s official technology and communications partner, installed more mobile capacity than ever at Worthy Farm and surrounding fields.

The expanded network capacity saw the festival become the most shared live event of 2017 with revellers embracing the latest live streaming technologies including Facebook Live and Instagram stories. 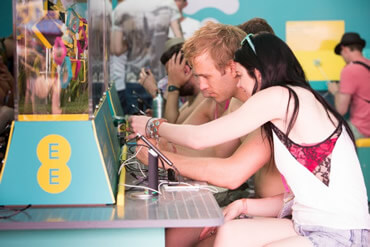 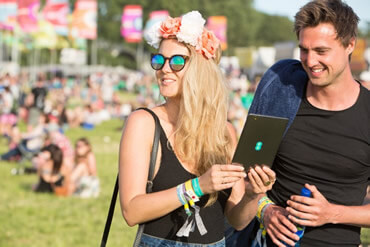 EE’s analysis of how the network was used across the festival, revealed that Glastonbury 2017 beat all previous records. The popularity of various video applications drove massive amounts of data usage on the 4G network - 54 terabytes - an increase of 116 per cent on Glastonbury 2016 .

More than nine terabytes of this data was used for uploading content - up from five terabytes the previous year - as fans shared more pictures and videos of their Glastonbury experiences than ever before.

EE’s head of special projects, Adis Omeragic, said: “For the 2017 festival, we added two new fibre links to provide higher capacity backhaul than the microwave links we’d used in previous years. You can have all the spectrum capacity in the world, but a congested backhaul link will slow everything down for customers. That’s true no matter where you are in the world, and it’s why fibre is such an important part of mobile operators’ futures.”

He added: “We had three carrier aggregation on 4G on all sites - that’s using a total of 55 MHz of 1800 and 2600 spectrum. And we upgraded the capability of the base stations at each site, increasing the processor capability to manage the uplift in network requests."

Rather than increasing the number of towers EE increased the number of sectors on each site. So instead of a single, omnidirectional site, the site was divided into as many as 12 sectors, so that each sector of the coverage area could get the full spectral capacity.

Said Adis Omeragic: “That effectively gave us up to 12 times the usage from the same spectrum and the same tower. With beam forming, we could be increasingly targeted with where we pointed our coverage. It’s vastly more complicated as a design, but it’s the only way that lets us stay ahead of the demand. It also allows us to be more specific in where we increase capacity.”

The 54 terabytes of data used across the 900 acre site is equivalent to 560 million Instagram selfies, 5.6 million minutes (or 10.6 years) of Facebook Live video streaming, 13.5 million downloads of Pyramid stage headliner Ed Sheeran’s ‘Shape of You’ and almost 850,000 downloads of his latest studio album, ‘Divide’.

“The biggest capacity challenge is the crowd in front of the Pyramid stage and it’s at its biggest for the headliners,” confirmed Adis Omeragic. “The Rolling Stones is the biggest Pyramid crowd we’ve had to cater for, but every headline act every year is massive - around 80-100,000 people. We build the network to cope with that peak."