For the UEFA Champions League Final broadcast in June 2017, we’re proud to have delivered what we believe was the most comprehensive live outside broadcast of a football match in worldwide history across multiple live platforms and technologies. We made the show-piece match available to all fans at no cost via YouTube and other contemporary platforms. On top of this, we produced the host broadcast feed for UEFA that went to more than 200 countries with an estimated audience peak of 200 million. 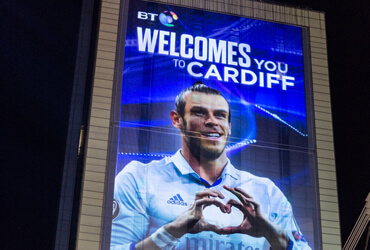 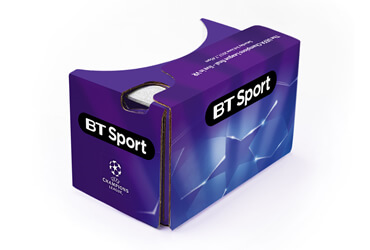 Further, for the first time the UEFA Champions League final was available through a number of 360°streams via YouTube and also in a new BT Sport Virtual Reality App which allows viewers to choose between a 360° produced programme with commentary and graphics, or select their own camera viewpoint and all for free. BT Sport also gave away thousands of free Virtual Reality (VR) Google Cardboard headsets to football fans ahead of the UEFA Champions League final.